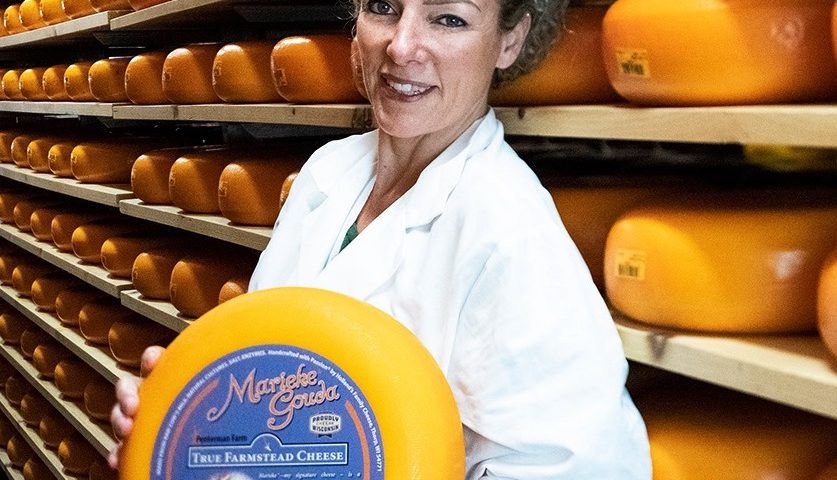 Cheesemaking was traditionally a task supervised by the women of the farm. Most mornings started with milking the animals and then bringing the milk into the kitchen to be preserved by transforming it into cheese. It was only after the advent of the industrial revolution that cheesemaking moved out of the kitchen and into the factory, thus becoming a profession dominated by men. In honor of Women’s History Month this March, we are celebrating the women in cheese who produce some of the great cheeses that we carry in the Cream Top Shop. Read on for their stories and then join us for our newly added Women in Cheese Tasting on April 3rd! 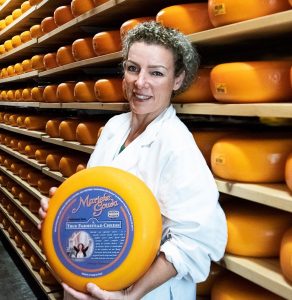 Marieke Penterman is the big cheese at Marieke Gouda, who we think makes the best authentic Dutch Gouda in America!

Marieke was born and raised on a 60 cow dairy farm in the Netherlands. She loved the farm animals and wanted to become a veterinarian. While she was finishing up her bachelor’s degree in Dairy Business, she traveled to Canada for an internship and met her future husband Rolf. Marieke immigrated to the United States in 2002 and moved to a dairy farm in Thorp, Wisconsin with Rolf.

After Marieke had twins, she decided to start her own business before she turned 30. Marieke was unsatisfied with the local Gouda and missed what she grew up with back in Holland. She took matters into her own hands and decided to produce her own authentic “Goudse Kaas”. 10 days before she turned 30, she opened the doors to her business!

Marieke is no doubt a champion cheesemaker! She and her team have won over 100 national and international awards. Today, Marieke and her husband own two very successful businesses – Penterman Farms, a large 435 dairy cow farm attached to their cheesemaking facility and retail shop, Cafe DUTCHess.

We carry many different ages of her beautiful Gouda cheese here at the Cream Top Shop throughout the year. Right now on the counter, we have a wheel of the Golden Gouda, a nine-month aged Gouda made with vegetarian-friendly rennet. It’s amazingly creamy, with nut and fruit flavors that linger on the palette. It’s a perfect cheese for just about any occasion, our mongers in the shop have been pairing it up with the Apple & Onion Jam from American Spoon for a cheeseboard twist on French Onion Soup!

Our next cheesemaker is Helen Feete of Meadow Creek Dairy! 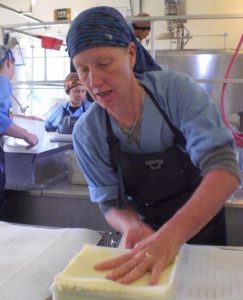 Meadow Creek Dairy is located in Galax, Virginia, which is located in the Piedmont region, the rolling mountain area in the southwest of the state. When Helen and her husband Rick started the farm in 1988 before moving to their current location in 1993. In the early years, they only sold the milk from their farm, though Helen always had cheesemaking on the mind. In 1998 they started selling their cheeses, many of which are now nationally recognized.

Helen is part of a group of women in cheese in the United States who are working to develop new original recipe cheeses. We currently carry two of these knockouts – the Applachian and the Grayson. Her Appalachian is a standout in this regard, a pressed-curd buttery square that is redolent of herbs and butter with just a hint of mushroom in the finish. It melts beautifully and is unlike any of the other cheeses that we source for our counter. It’s great in a grilled cheese, or pair it up with the tart Dried Apricots that we source from Bella Viva Orchards in California for a sweet/savory combo. 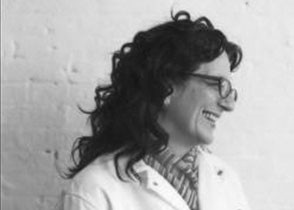 It would be wrong not to finish our spotlight on women in cheese without remembering and paying our respect to our dear friend Daphne Zepos.

Daphne Zepos was a Greek-born author, chef, importer, teacher, cheese aficionado, and a dear friend to Zingerman’s. Over the years, she played an important part in the creation of the artisan cheese industry across the U.S. Throughout her life, she taught thousands of eager students about proper cheese mongering and preservation. In doing so, she helped significantly improve the quality of cheese in America, as well as the knowledge and understanding of cheese mongering in this country.

Daphne started her cheese career in the early 1990s as a line cook in San Francisco. She was in charge of making the cheese selections for the restaurant where she worked. At the time, cheese was an uncommon item seen on menus and there wasn’t much information to support its presence. Zepos became infuriated that she wasn’t able to find food purveyors who were knowledgeable about every aspect of the cheeses. Zepos took it upon herself to become educated in all things cheese—this became her life’s work. On her journey, she visited Neal’s Yard Dairy in London, as well as Stints, and the Jura. She became infatuated with the different cultures and traditions. From 2002 to 2005 she worked at Artisanal Premium Cheese Center in New York. It was here that she learned hands-on how to pick and age a variety of artisanal cheeses. She also designed a variety of cheese master programs. In 2006, Daphne founded Essex Street Cheese Co. in New York.

To preserve and pass on the joy that’s gained through travel and exploration the Daphne Zepos Teaching Award was created from Daphne’s Endowment to fund the travel and living expenses of eager and curious cheesemongers. This scholarship’s main purpose is to grow a squad of educated cheese professionals who have experienced the history, culture, and techniques in making, aging and selling cheese and to keep it thriving.

Daphne Zepos and her work touched the lives of many within the cheese industry. Her paramount work and many contributions are much of the reason most of us have access to a wide selection of truly marvelous cheese selections at Zingerman’s and across the U.S. today. Although she is greatly missed, her legacy continues to thrive and will always be a part of the Zingerman’s tradition. Here at the Cream Top Shop, we carry the Comte, Manchego 1605, and two stellar goudas that are all sourced from Essex Street Cheese Co. They represent the few imported cheeses that we carry as part of our selection and every piece that we sell reminds us of the passion that Daphne shared with the world of cheese.